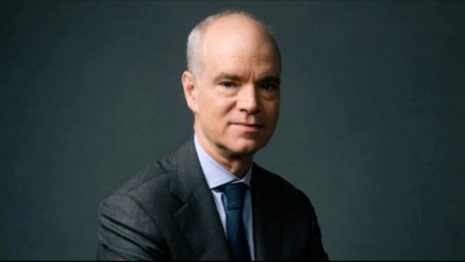 Many liberals who call themselves journalists, inspired by Harvard’s Nieman Lab, are now publicly calling for ditching objectivity in their profession in favor of what they call “solidarity for social justice” as their goal. Not only are many making no attempt to hide their disdain for objectivity, they are loudly urging it. Among them is Washington Post Margaret Sullivan who is not shy about expressing her extreme antipathy towards political diversity.

Therefore when she wrote on Saturday that the New York Times managing editor, Joe Kahn, would succeed Dean Baquet as executive editor of that alleged national treasure in June, her top concern was whether he would allow diversity of opinion in “Joe Kahn can be a great New York Times editor.”

Our very democracy is on the brink, and how the Times covers that existential threat is of extraordinary importance, especially as crucial elections approach this fall and in 2024. Will the paper’s coverage forthrightly identify the problems posed by a radicalized Republican Party that is increasingly dedicated to lies, bad-faith attacks and the destruction of democratic norms, or will it try to treat today’s politics as simply the result of bipartisan “polarization”? Will it try to cut the situation straight down the middle as if we were still in the old days — an era that no longer exists?

Honk if you think the Times has been anywhere near “straight down the middle” in the last 50 years or so.

Sullivan insisted “openness to criticism is not a primary characteristic of high-ranking media executives,” but she only wants him to open to criticism from the left. Any advocacy of objectivity or criticism of journalism from the right is apparently a “bad-faith attack” and part of “the destruction of democratic norms.”

To Sullivan, everything today is about how journalism failed to stop the election of Trump:

The Times has never fully acknowledged the warped, damaging and excessive coverage of the Hillary Clinton email “scandal” — certainly not in the same deep and forthright public-facing way that it dealt with its misleading and credulous reporting in the run-up to the Iraq War.

It apparently doesn’t matter if it was true that Secretary of State Clinton used a private email server to hide her government business from the public (and especially journalists). It feels like “truth” is defined as whatever stops a “radicalized Republican Party.”