A futuristic flying ‘hypercar’ designed for inner city travel that could reach speeds of 135 miles per hour at 3,000 feet has completed a successful test flight in Dubai.

London-based startup Bellwether Industries completed its test flight of the fully-electric Volar eVTOL prototype in November, but has only today revealed footage of the test.

The futuristic half-scale version flew at an altitude of 13 feet (4 metres) with a speed of 40 kilometres per hour (25 miles per hour), according to the firm.

The Bellwether Volar eVTOL prototype has been designed for private owners as a replacement for cars, freeing up space on the ground for cyclists and pedestrians and alleviating congestion, but it could also provide on-demand transport much like an Uber.

Availability is expected to be in 2028 for on-demand transport and 2030 for private ownership, which would allow users to fly to work for a luxury commute.

It says: ‘We believe that people commuting in the sky is inevitable within the next 10 years.’

The company says the vehicle is the world’s first without a large wingspan or exposed blades, making it ideal for urban use, although the firm is yet to confirm exactly how much it would set back customers.

Scroll down for video 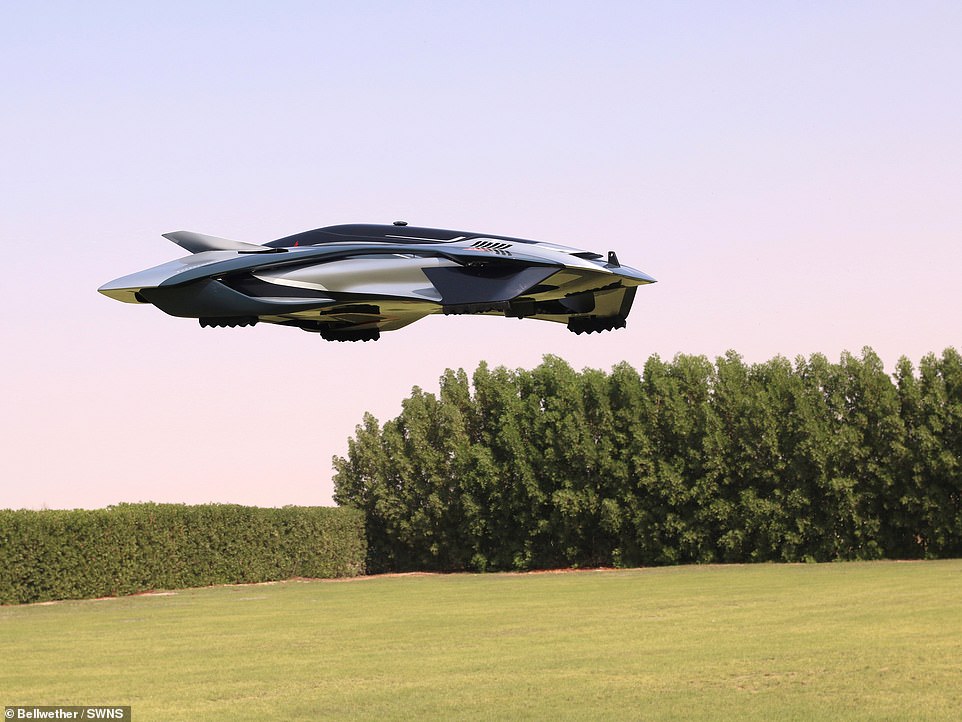 The vehicle is the world’s first without a large wingspan or exposed blades, making it ideal for urban use, according to the London firm 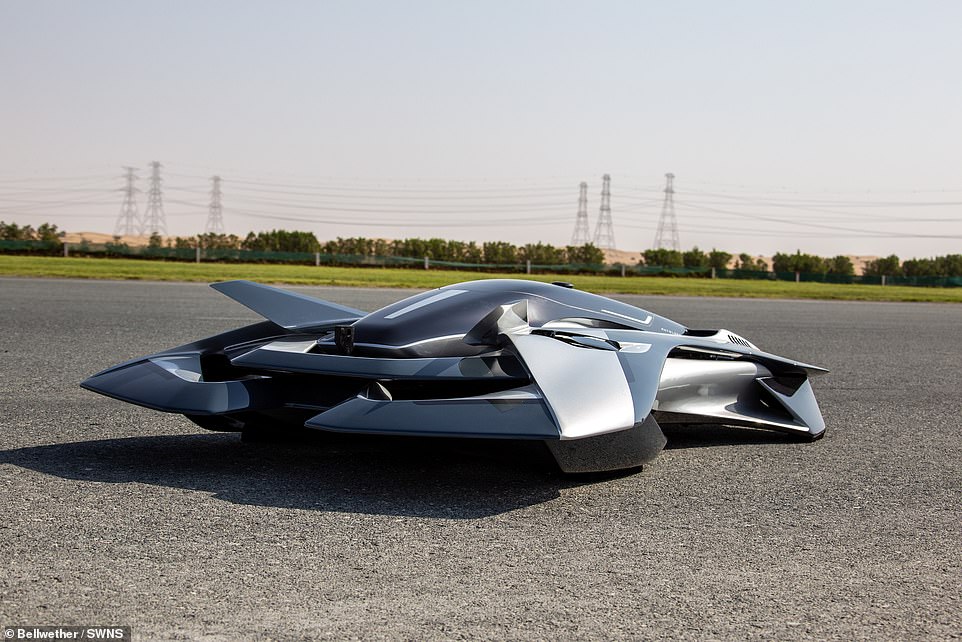 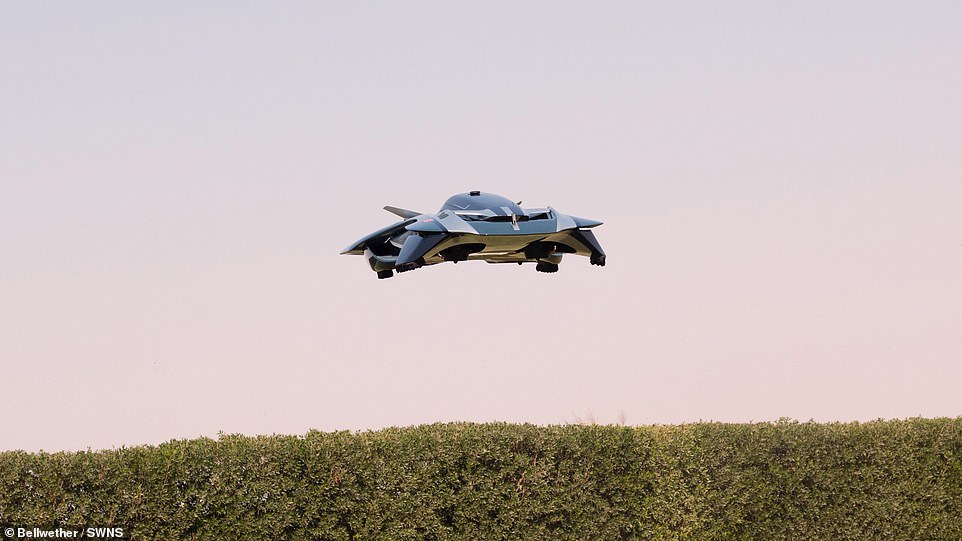 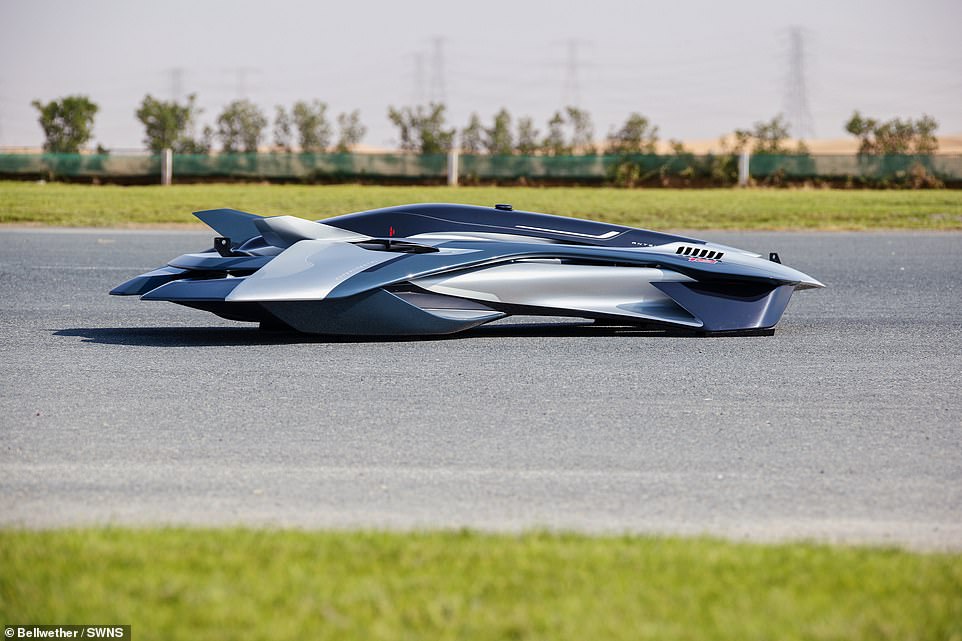 Bellwether Industries’ Volar eVTOL (electric vertical take-off and landing) is a flying hypercar that will ultimately be available to private owners, but the firm is yet to reveal a price 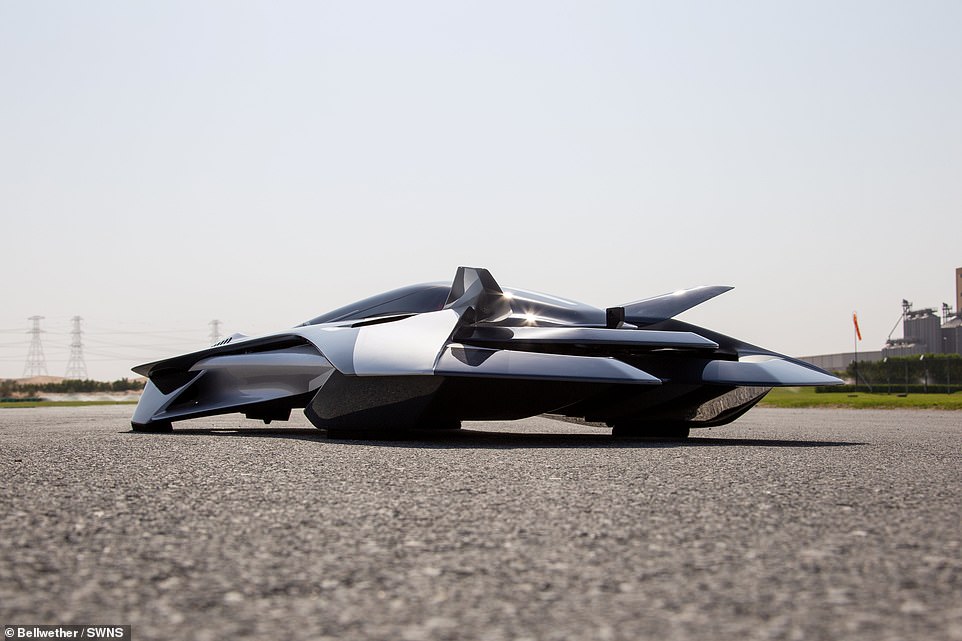 The firm says: ‘At Bellwether Industries, we believe that the human’s future will be in the air. Our mission is to provide the most compatible Urban Air Mobility (UAM) solution for intracity travels and private transportation’

Availability: 2028 for on-demand transport and 2030 for private ownership

Bellwether Industries was able to log eight test flights with its half-scale model during the recent Dubai session, following a year of indoor tethered flights.

The Dubai test flight demonstrated stability and controllability of the prototype and marks the start of a series of development projects, according to the firm.

The electric vehicle has a hidden propulsion system featuring ducted fans, avoiding any exposed spinning blades or a large wingspan.

It would charge just like an electric vehicle does on land – at dedicated charging points – although it will have to rely on a ‘comprehensive infrastructure and transport system’ to avoid falling out the sky when the charge is used up, the firm said.

The current prototype has just two seats, but the firm is set to begin development of a full-sized prototype in 2023 that will have four or five seats to fit entire families.

Its ultimate vision is a four-to-five-seater aircraft carrying out intracity travels at an altitude of 3,000 feet (915 metres) with a speed of up to 135 miles per hour (220 kilometres per hour).

‘We want to create private urban aircraft for anyone to fly from anywhere to any point at any time,’ said a spokesperson for the firm, which was founded in London in 2019.

‘Our volar flies smoothly and proves our efforts that go into innovation and technology.’ 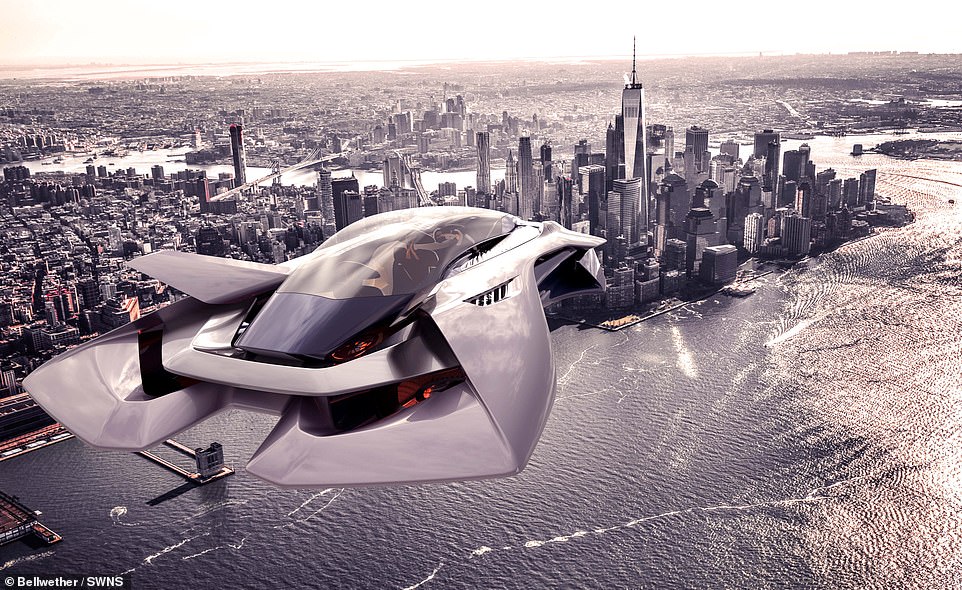 The Bellwether Volar eVTOL prototype is depicted here over New York. The vehicle would be owned by members of the public for commutes 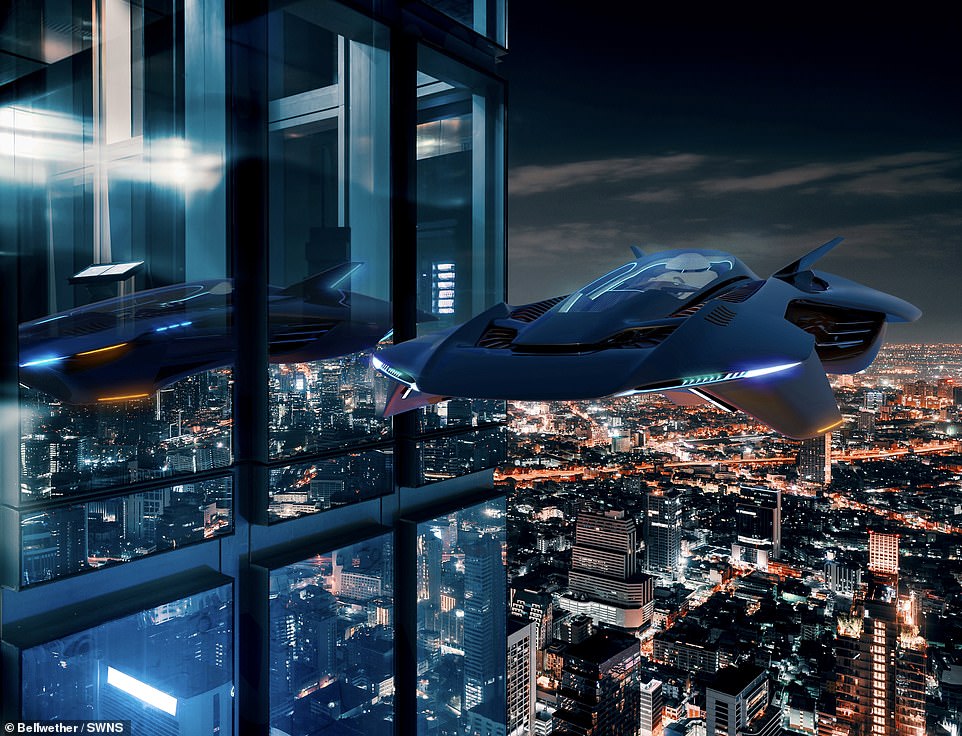 The London company says: ‘We believe that people commuting in the sky is inevitable within the next 10 years’ – and it hopes to allow this with its vehicles 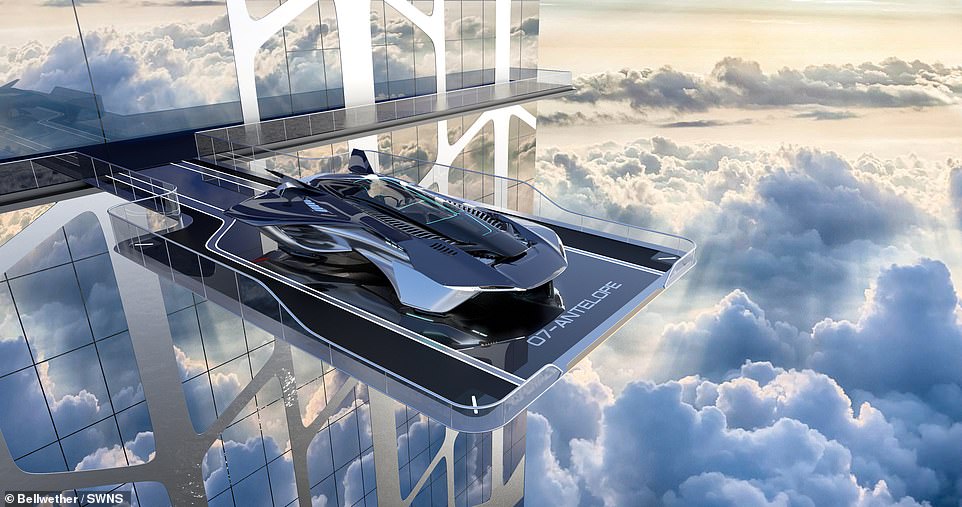 Like a scene from Star Wars, this futuristic concept image shows the Bellwether Volar eVTOL on its dedicated landing platform on a high rise building

Regarding prices, the company hasn’t revealed a specific amount but said its goal is to make owning a Volar eVTOL ‘as easy as like owning a car’ and ‘no bigger nor pricier than a car’.

‘But of course the first volar model on the private market will be more expensive,’ the spokesperson told MailOnline. ‘The plan is to provide on-demand transport by 2028 and private ownership by 2030.’

The vehicle is defined as a vertical take-off and landing (eVTOL) aircraft, which can take off straight up into the air, reducing the need for runway space.

Who Went with Samantha on Her Vacation?

Where next for air travel?

Marriott Hotels Are Getting Rid of Travel Packages, Effective Immediately

Coronavirus Update:Nightmare holiday as Sydney family stranded in Fiji after

Think Monday’s storm was big? Northern Ohio is no stranger to heavy snow

“They’ve Given Up at Least 1 and Maybe 2 Congressional Seats!”

Who Went with Samantha on Her Vacation?

Where next for air travel?